What is diabetes? Type 2 diabetes is an epidemic in the west and is usually caused by the production of  too much insulin. Why is there too much insulin? Simply put, the insulin is there to combat the amount of glucose in the blood. And carbohydrate foods are quickly turned into glucose in the bloodstream. A diabetic’s blood is tested over a period of 90 days. A popular treatment protocol is using medication with more insulin to bring blood glucose down, but dramatically reducing the amount of carbohydrates consumed actually treats it from a ‘Ben’ level.

In Chinese Medicine we talk about the ‘Ben’ and ‘Biao’. The Ben is the root of the issue and the Biao is the manifestation. In this case the Ben would be the amount of carbohydrate consumed and the Biao would be the body over producing insulin to combat it. When looked at in this way it becomes obvious that to medicate with more insulin may not only be unnecessary, but it could potentially do more harm by perpetuating the long-term progression of the disease, which can lead to more dire symptoms. 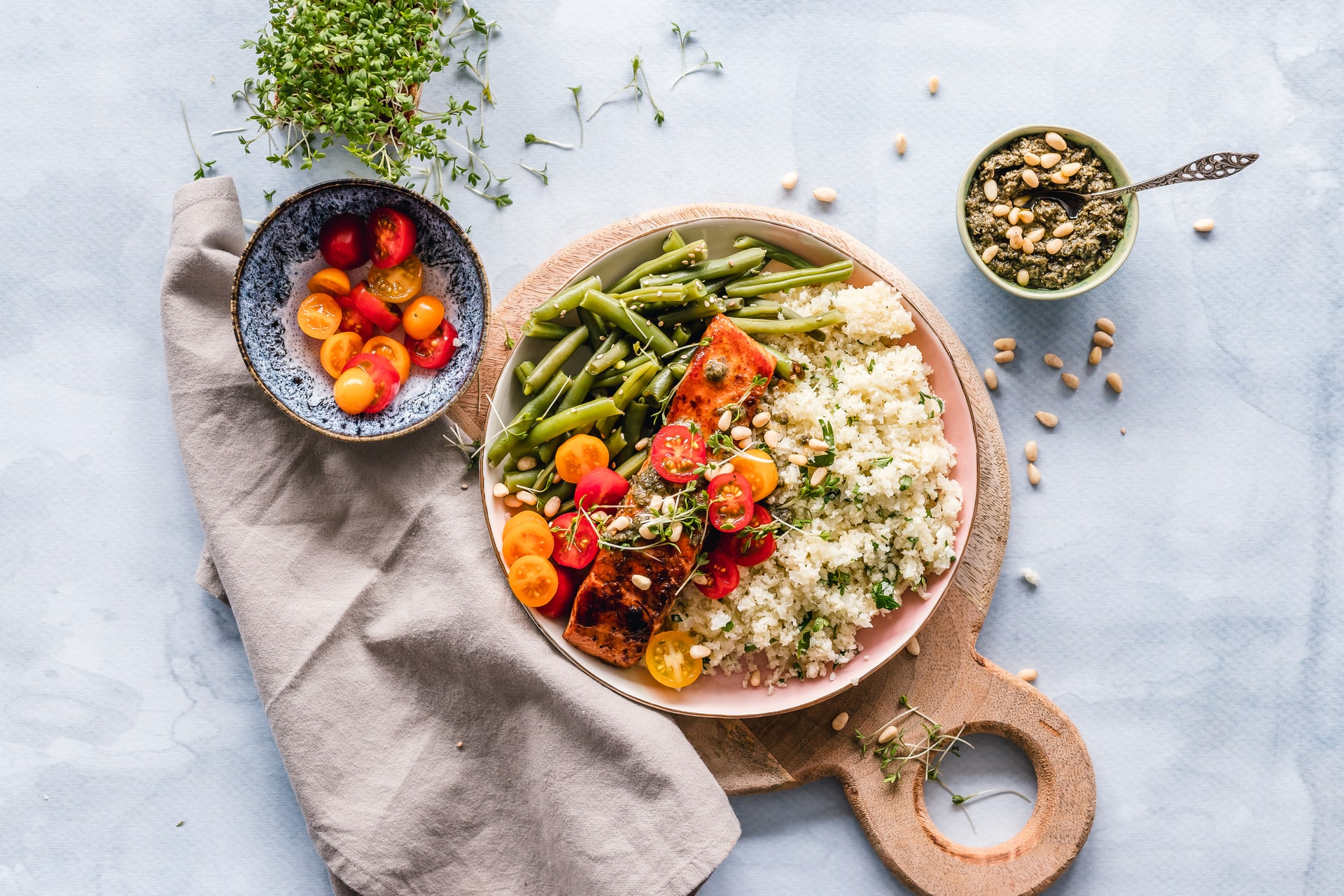 Acupuncture treatment can help us to treat the ‘Ben’ by strengthening the organs of the Stomach and Spleen. In Chinese medicine, the function of the Spleen also includes the Pancreas and is often called the Spleen/Pancreas Official. The pancreas is the organ which western medicine understands to produce insulin, which regulates blood sugar levels. When the Spleen meridian organ system is out of balance, it tends towards deficiency and weakness. When the Spleen is no longer functioning properly, we tend to crave sugary foods. The more sugar we eat, the more we can weaken the function of the Spleen, and then the more we crave.

According to Chinese medical thought, almost all addictions stem from some sort of meridian and organ imbalance. The cure for addiction is to strengthen the Qi of the affected organ, the most effective  way to do that is through acupuncture treatment which works on the Qi level.

So in summary the best ways to treat and even reverse your type 2 diabetes diagnosis are diet – reducing sugar and carbohydrate intake to a minimum. And seek out alternatives that can help – acupuncture can help to strengthen organs of digestion helping to reduce sugar cravings. The integration of acupuncture with herbs, can quickly rebalance the internal Yin and Yang of affected organs. More rest – be more Yin!

Foods to avoid to reduce the risk of diabetes

Change your diet, change your blood was last modified: December 13th, 2021 by admin

Insomnia is a growing problem in the Western world. Recent polls show  approximately 60 million Americans suffer from some sort of insomnia and nearly nine million of those take a prescription sleep aid. Wow. These numbers are far too high and even though there are lots of alternative and natural methods to fight insomnia, more and more people are going to the doctor to get a prescription. The drawback? Most prescription medications have numerous and sometimes deadly side effects. So let’s look at some ways to get the sleep cycle back on track without turning to prescription medications.

One of the great things about technology is you have everything virtually at your fingertips 24 hours a day. But there’s a lot to be said for unplugging from the Internet. Camping has shown to completely reset the sleep cycle of insomniacs. Your body will actually be able to reset itself after a couple of days, thus allowing your circadian rhythms to do their job and get you back into a proper sleeping pattern. Another way to reset your sleep cycle is to stick to a routine. Set a bedtime and stick to it. This way you are actually training your brain to go to sleep. Do the same things nightly before going to bed too, like having a cup of tea or reading for 30 minutes.

Pay attention to lighting. At night, your house and especially your bedroom should be dark, this signals the brain that it needs to start shutting down. That’s why you should not have a television in the bedroom. Also, when you wake up in the morning, be sure to turn on lots of bright lights or open the shades to let in natural light. This signals the brain to wake up and get going. Doing this regularly will help train your brain and balance your circadian rhythm. Get in some daily exercise. Studies show that people who exercise regularly tend to sleep better and also feel less drowsy in the morning. But make sure to do the right types of exercise at the right times. Save intense exercise classes for mornings and do something more relaxing before going to bed, like bedtime yoga.

Stop ingesting caffeine, alcohol and nicotine. Coffee and caffeine-laden sodas may wake you up in the morning, but if you drink them with dinner, you’re setting yourself up for a restless night. Just do the best thing you can for your body and give up caffeine altogether. Also, many people think a glass of wine or a beer before bed is a good way to unwind. Wrong. Alcohol may bring on sleep initially, but a few hours after you lay down, it acts as a stimulant, causing you to wake up multiple times throughout the night. It’s best to have your last drink about three to four hours before you plan on going to bed. Nicotine works in the same way, just say no and get some sleep instead. Go easy on the late night meals/snacks. When we eat too much too late at night, we set ourselves up for a restless night. Indigestion from eating too late is common. If you’re still hungry right before going to bed, try something light and healthy, like a tablespoon of peanut butter or a handful of almonds.

Give acupuncture a try. Acupuncture balances hormones and fixes imbalances in the body. Thousands of acupuncture patients have gotten favorable results when it comes to insomnia. And, should you need a sleeping aid, herbal formulas are a much better solution to prescription medications. There are many ways to battle insomnia and balance your sleeping patterns.  We have mentioned just a few here. So give them a try, find the ones you resonate most with and stick to it. Life can only get better if you do.

Getting enough zzzz’s is vital for your body to renew, recharge and rebalance. When you sleep (a good night’s sleep) your body heals and grows stronger. If you’re not getting enough of it, eventually it can affect your health and wellbeing. Below is a list of herbs known to help you catch more solid zzzz’s.

But keep in mind, always check in with a professional. Herbs are medicinal and you should talk with someone who knows how to properly administer them. ​

Foods for the Winter Season

Everybody knows that food is what gives our bodies the energy we need to survive. But not everybody is aware that certain foods should be consumed during specific times of the year. In areas like the Midwest, where fruits and vegetables are harder to keep on hand when the weather becomes colder, this principle is followed a little more closely. But in areas like Hawaii and Southern California, where fresh fruits and vegetables are always available and the climate is more moderate, people sometimes forget to eat according to the seasons.

Traditional Chinese Medicine is a medical system that has been around for nearly 4,000 years. When this system came into being, people were much more in tune with the seasons and their environment. The foods they consumed were based on the seasons and when those foods were available. This is a system that should be followed for people to remain healthy throughout the year, regardless of where they live.

In Traditional Chinese Medicine, winter is a time of reflection and rejuvenation. The body needs the extra hours of darkness to repair. The kidneys are the center of energy in the Traditional Chinese Medicine system and thus, they need to be nourished during the winter months. It is recommended we consume foods that are warming and that will boost the kidney energy. We also need to eat foods that benefit the Shen (spirit) so that the winter months don’t bring about depression. 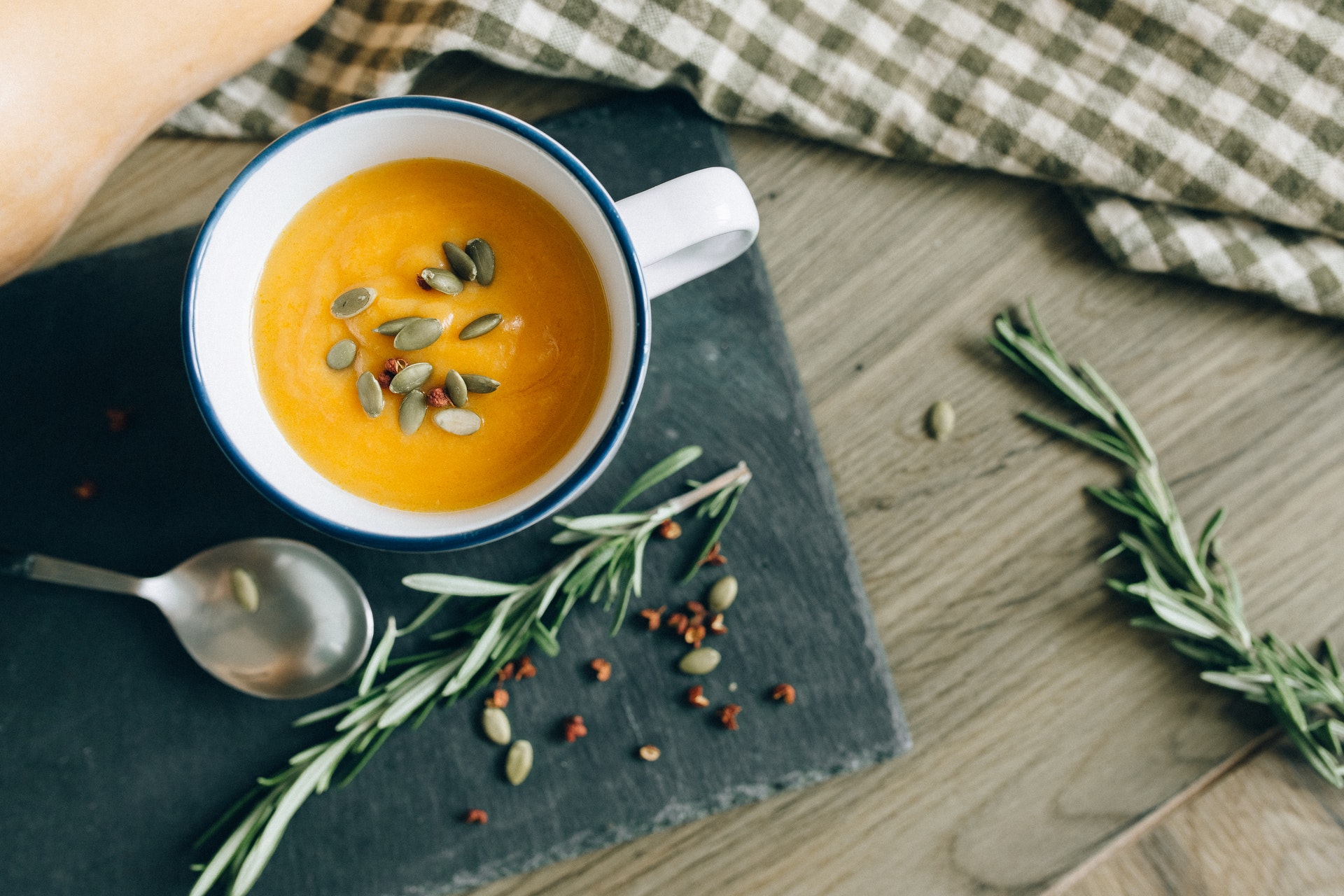 Things like soups and stews are extremely important during the cold winter months. Energetically, warming foods such as anchovies, bay leaves, chestnuts, chicken, fennel, leeks, mussels, mutton, nutmeg, pine nuts, sweet potatoes and walnuts are all great to incorporate into the diet. Also, foods that boost kidney energy are just as important. Items like millet, sesame seeds, kidney beans, lamb, beef, goose, duck, eggs, grains, seeds and nuts are all good tonics for the kidneys. Bone broth is another important food to consume during the winter months, as it supports the bones and the kidneys. It is recommended that the foods be cooked for longer periods and at lower temperatures to retain as much energy as possible. It is also advisable to eat more food with bitter flavors while reducing salty flavors, so that heart health is promoted and the workload of the kidneys is reduced. Bitter-flavored foods include apricot, asparagus, celery, coffee, tea, grapefruit, lettuce, kale, vinegar and wine.

One of the most commonly used foods is something known as congee. Congee is a thick grain-based soup or porridge. Congee is used in a preventive fashion to promote good health and strong digestion. Congee can be made with a single grain, like brown rice, or a combination of grains, beans, vegetables and medicinal herbs.  Incorporating this item into the daily diet will improve energy levels over time. Congee is prepared in a crock pot overnight, which fits in perfectly with the aforementioned principles of slow cooking at lower temperatures. It is said that the longer the congee cooks, the more powerful it becomes.

Heat the butter in a saucepan oven and add the onion. Cook until it is just softened. Add the garlic, parsnip, yam and cook for about 3 minutes over medium heat. Add the tomatoes, rosemary, ginger, peppers, beans and water. Bring to a soft boil, reduce heat, cover and let simmer for about 1/2 hour – stir occasionally. Add squash and simmer for about 1 hour until the squash is tender. Check liquid levels, add water if necessary and don’t forget to stir occasionally. Add salt and ground pepper, adjust seasonings to personal taste. Garnish each bowl with a sprig of cilantro or parsley.

Foods for the Winter Season was last modified: December 13th, 2021 by admin